These 5 Indonesian Foods are Loved by Korean Celebrities

These 5 Indonesian Foods are Loved by Korean Celebrities

Indonesia has become one of favorite destinations of K-Pop celebrities for holding concerts and fan meetings, filming variety shows, and of course for vacation.

Indonesia has a lot to offer to Korean Pop stars. This country has a million of fans of K-Pop who would attend any concerts and fan meetings of Korean idols. Not only concert and fan meeting, several notable variety shows from Korean television channels also chose Indonesia as filming location for their shows: Law of the Jungle, Running Man, We Got Married, and Yoon’s Kitchen.

And don’t forget the most beautiful island in the world: Bali. The beautiful nature in this island never failed to attract thousands of Korean tourists, including Korean celebrities. Irene of Red Velvet, Jessica Jung, Yoo Inna, Lee Sungkyung, and Bigbang’s Seungri are few of Korean celebrities who made visit to Bali either for photo shoots or vacation.

Starting from everyone’s favorite dish. Korean and Indonesian have this one similarity. They both love instant noodle! Koreans love ramyeon or 라면 while Indonesian love Indomie.

But Indomie is not an average instant noodle. It has special magic sauce which attract people on the planet. Roger Ebert, popular film critic from the US for Chicago Sun-Times even include Indomie as one of his gifts for Christmas.

One of Korean celebrities who expressed her love to Indomie is Sandara Park, ex-member of 2NE1. Her brother, Thunder of MBLAQ, once made this instant noodle for late night snack and she could not hide her love for Indomie. She shared her excitement on Twitter and Indonesian fans couldn’t help but be excited because their idol loves Indomie goreng.

If Koreans have 튀김/Twigim (Fried Food) then Indonesian have gorengan. Many of Indonesian people say they cannot live a day without gorengan. Gorengan literally means fried food in English. There is a variety of gorengan, tempe goreng (fried tempe), tahu goreng (fried tofu), ubi goreng (fried sweet potato), and pisang goreng (fried banana). Seungmin of Super Junior loves this fried food so much. When he arrived at Soekarno-Hatta airport for SM Town Concert in 2012, he didn’t bring rupiah so he borrowed some money from the bus driver to buy gorengan.

When it comes to grilled meat, satay is one the best grilled meat in Indonesia. It took 14th place in CNN World’s 50 Best Foods 2017. Satay is a dish with meat as the main ingredient served in a skewer. Usually the skewer is made from bamboo stick.

What makes Satay special is its sauce! Mostly there are two kinds of sauces served with satay. First is chilli soya sauce and second is peanut sauce. But you also can find other kind of sauce depending on the region. Some regions have their own special sauce for satay.

Wonder who loves this dish from Korean celebrities? Yup, he is Park Bogum. In one of his visits for fan meeting in Indonesia, Park Bogum bought satay from street vendors in Jakarta. He even took picture with the satay’s street vendor.

Both Indonesians and Koreans have rice as their staple food. Probably that is the reason why Korean idols love nasi goreng. Nasi goreng is a fried rice usually added vegetables, fried egg, meat, or shrimp as its topping. It is quite similar to Korean dish 볶음밥/Bokeumbab (Korean Fried Rice).

The deliciousness of nasi goreng is admitted by the world as well. It is rated as second best food by CNN in 2017 along with satay which took 14th place. Nasi goreng also recieves a lot of love from Korean celebrities. Lee Minho Lee Jongsuk, Joo Won, Seungyoon of WINNER, and Seungri of Bigbang are several of Korean celebrities who love nasi goreng. 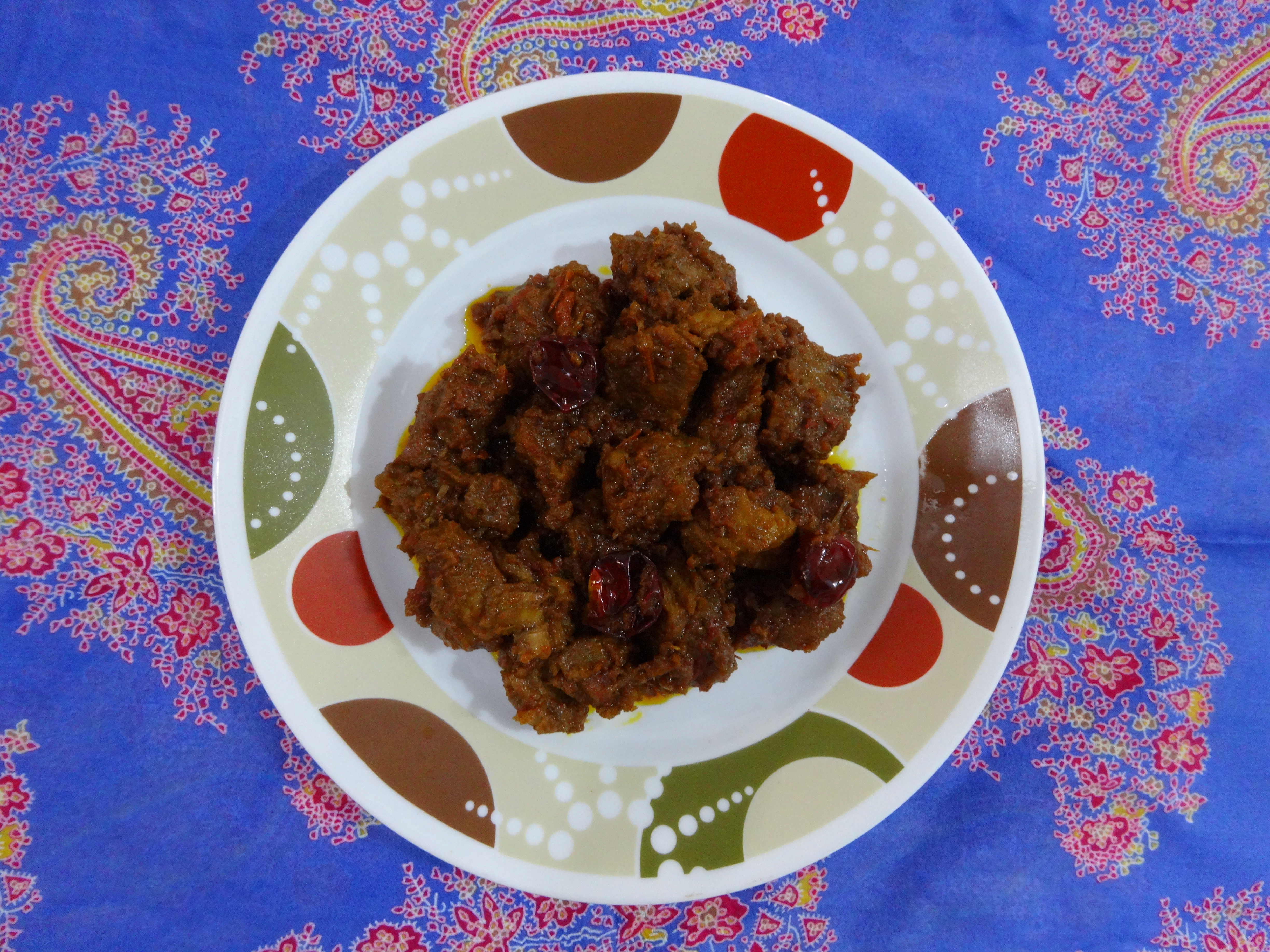 Rendang is actually not only famous and favored by K-Pop stars alone. The whole world is rooting for this food which origins from Padang, West Sumatera. Mostly you can find rendang in Rumah Makan Padang (Padang Restaurant) across the country.

The beef dish took first place as the most delicious dish in CNN World’s Best Foods 2017 along with satay and nasi goreng. The strong flavored marinated beef is also loved by many Korean celebrities. Members of Girls Generation and J-Hope of BTS are fans of this dish.